Yes I had to ask it and will ask again… What is going on with Alex Jones?  Before I knew there was even a word for the Truthing Community, I knew who Alex Jones was.  When I first seen him, I honestly thought… WOW.  Finally someone is really reporting the news the way it should be.  From what I seen he was not leaving information out and was giving it to us straight.  Around the time the whole Ebola mess came into play I had started to really doubt him (and I am finding out that I was not the only one).  Many Truthers started out listening to Alex Jones and Infowars and many stop because there was something that was just not right. 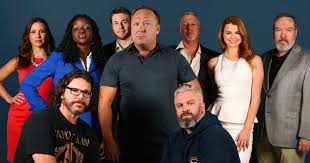 Now I am sure if you are reading this, you already know that Alex Jones is in the spot light because of a custody battle and with that a lot about him is becoming public knowledge.  I read an article that was talking about his infidelity, and went on to say something about him smoking weed.  Well let me just start there.  If you are reading this hoping that this article will be just another one on the pile to burn him… you are looking in the wrong place.  Ok, the man cheated or has been accused of it and that matters to us why?  Oh right anything to know down someone that does alternative news… got it… He smoked weed and Yes he gave a flimsy reason… he went on record saying that he did it once a year to test its strength… and to that I say it sucks to be him then because I have no issues with people that smoke weed.  Heck I will give him props… at least he did travel to a place where it is LEAGAL to do it.  That’s right he was in a state where it is NOT a crime to smoke weed.  There are claims and allegations of him being drunk on his show and to that I say He is a GROWN MAN… so again why does this matter to us… oh yeah again anything to shed a negative light on the Truthing Community.   To make matter worse his own legal team is not really helping by making statements that Alex Jones‘s on air persona is an act, which is something that the main stream media had already said.  Really… you mean he is not the same at home that he is on the air… Well I’ll be… I am just so shocked…NOT.  Can you sit there and tell me you act exactly the same at work that you do at home?  I think it is very safe to say that the majority of people do not act the same at work and home.  I know I don’t… at work I am a professional and home… I am just me.  At least Infowars see that this is just an attempt to start destroying this community so hats off to you Infowars.  There is even a youtube video from them of Mr. Jones “Characters”.  Nice!

So, where does it stop?  It is bad enough that people like Mr. Jones are out there trying to spread the truth (and yes I do believe that he still tries to get the truth out) and most of them are risking their lives.  Take a good look at all the big name Truthers… they all have had to deal with some kind of BS like this.  The only difference is they got our support and here we are hanging Mr. Jones out to dry.  Why?  Love him… Hate him but there is NO denying that the man started a lot of people down the path of truth and for that he deserves for our community to rally around him.  We all know that the main stream media will twist and distort everything that Mr. Jones has said or done because he is a part of the Truth Movement, so how about instead of giving them a hand we come together and support one of our own.  It does not matter if you don’t like him, or don’t agree with him… He still is a truther and that fact alone show that he should have our full support.  The main stream media wants someone like Alex Jones to tear down…to take away from our community.   Well let’s not let them. For the record, I have read some people asking why Mr. Jones is not talking about this.  Well there is an answer to that, there is a gag order in place so he legally cannot.  How about we let a private family matter be just that private?  How would you feel if you had to not only fight for your kids but while you were doing this a community that you joined and inspired a lot of them to join, not only turns their backs on you but also adds fuel to the fire…. Would it change your mind if you knew that Mr. Jones wife stood to lose a lot if Mr. Jones gets custody of his kids?  I mean come on the lady get $43,000 a month in just alimony… Not calling her a gold digger but what would you do if you stood to lose $43,000?  And NO, I am not saying she is going to lose her alimony but put 2 and 2 together if she is getting that for alimony, just imagine what child support would be.  Let’s not forget also that this is a CUSTODY BATTLE… this is about children… It has NOTHING to do with us and honestly is a private matter so let it be.