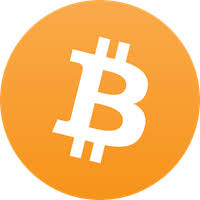 Around 10:30 am Friday, December 23, 2017 Fortune.com reported that BTC oin had dropped to $13,850. The price continued to drop down to somewhere in-between the upper $12,000 mark during the Christmas Holiday. While BTC was losing value at an accelerated rate, the Crypto-World was also noticing a major spike in BTC Transaction fees.  Let’s not to mention the inflated time frames to receive conformations on the blockchain. December 19, 2017 an article CoinTelegraph posted and article saying that BitCoin Co-founder and CTO Emil Oldenburg denounced BTC and switched to BCH Cash!. Holy Crap Batman ^^

As the BTC “drop” was going on, BCH seen an all time high on December 19, 2017. BCH price rose over $3000 as reported on Forbes.com. Keep in mind the actual all time high was over $8000 (more about that below).  The all time High was rumored to be due to Coinbase adding BCH on December 20, 2017 to its wallet and the GDAX market, but even that came with a “price”. Shortly after adding BCH trading on GDAX, trading of BCH came to an abrupt halt as reported here on CoinDesk. After reopening trading, reports started flowing out of news sources about CoinBase and possible insider trading as reported here on Fortune.com. Which now there is speculation that when BCH hit it’s all time high was actually due to the insider trading.  On December 25, 2017 Forbes.com posted a news article saying that the alligations where true.

So which side of the debate do you fall on? Are you sticking with BTC? Are you going all in on BCH? Or are you going with the BitCoin “underdog” BitCoin Gold?  As you make you desicion keep in mind that the Cypto-World has had it share of downfalls as reported here on T.B.L. article “What is going on in the Cyrpto-World?” Please share which side of the debate you are on (and why, if you don’t mind) below.

As always thank you for reading this article! Please share your thoughts, comments and concerns below.

Check us out on Steemit at @truthbeyondlies .