Some of Wells Fargo Bank (WFB) customers woke up on Thursday, January 18th, 2018 to a nightmare. Their bank accounts where empty! Some where not just empty but overdrawn as well to make matters worse. On Wednesday, January 17th, a glitch in the W.F.B system processed automatic bill payment transactions twice and double charged transaction fees. This banking error caused many customers around the country to be misinformed that their bank accounts were empty as the system started imposing overdraft fees. Customers affected by this started reporting the issue on social media to let others know about this latest embarrassment from W.F.B. Customers jammed up the phone systems on Wednesday night (1/17/18) demanding answers and wanting for the problem to be fixed immediately only to experience very long wait times.. (most reported over an hour on hold). Wells Fargo, rather than take the opportunity to put their customers at ease instead chose to remain silent on this matter for quite some time and later still only released a brief Twitter statement that quotes: “Some customers may be having an issue with their Bill Pay transactions. We are working to fix the issue and resolve this tonight. Thanks for your patience.” (Don’t you love that? How they assume that you are patient and understanding when honestly “I don’t have any friends at your bank, I am not calling to buy drinks for the manager if he/she is free tonight… I called to find out where my ^$%#&* money is. Please and thank you” ^ ^) This latest indecent involving W.F.B also recieved Television media attention from KCCI in Des Moines, Iowa. In this report Wells Fargo’s Vice President of Corporate Communications, Steven Carlson also made a statement on this saying “We are aware of the online Bill Pay situation which was caused by an internal processing error. We are currently working to correct it, and there is no action required for impacted customers at this time. Any fees or charges that may have been incurred as a result of this error will be taken care of. We apologize for any inconvenience,”

Sounds like this “accident” has been wrapped up nice and neatly with an “We deeply sorry and will not let it happen again… We are on top of it and value your patronage!” (Well we would like to think so because these kind of things can happen BUT when we did a little more digging…)

Back on September 9th, 2016 CNN Money reported that since 2011, 5,300 Wells Fargo Bank employee’s created 1.5 millions of unauthorized bank accounts and 565,443 credit card accounts without their customers consent or knowledge. Some of the accounts even incurred the usage fees! (such as annual fees, overdraft fees, and interest charges totaling over $400,000!) WFB terminated the 5,300 employees involved and agreed to pay $185 million in fines and $5 million to the affected customers. $100 million went the CFPB’s Civil Penalty Fund, $35 million to the Office of the Comptroller of the Currency, and $50 million to the City and County of Los Angeles (LA had filed suit against the bank back in 2015.. 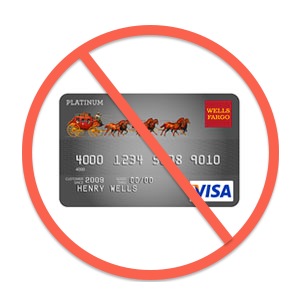 It is also worth mentioning that WFB was involved in an auto insurance sandal. This is where they forced customers that had auto loans through them to carry their insurance to those who did not need it. Maybe it is a good thing that they are planning to close 800 locations by 2020.

What are your thoughts on Wells Fargo and the “scandals” that surround them? Are you a customer that was involved in one? Also what do you think about the fact (2+2 together) that they are closing so many locations and a system error such as this happens? We would love to hear your thoughts, comments and/or concerns below. As always, Thank You for reading this article. If you would like to see more of our work visit our steemit page @truthbeyondlies