The Continental dive bar located in New York City has a new rule that was recently added and nicely placed on the front door for all patrons to see: How did reading that make you feel? For us, it made us get a little upset… If a bar or any place for that matter is able to kick anyone out of their establishment for using a common word then “Houston, we have a problem”. That is how we start losing our right to free speech. As for Continental, do not accept to see them in any big headlines. Nothing is really being done about this and very little is being said and that may have to do with the fact that the bar is going out of business. What’s that? It was reported on January 23rd, that the bar had filed for bankruptcy and will be closing it’s doors in a few months, the same week that the new rule came into effect. The problem here is that while they maybe closing and the problem with the Continental will go away…the backlash could last and hurt our right to freedom of speech in the long run. If we allow just one place to take away our right to take a way any word for any reason, then there will be another, than another until they all have it. When the public tries to stop it at that point because now people are getting kicked out of places everywhere, the business will get a law made and poof here is a list of words which you are no longer allowed to say!

Do not take our word for it, look at the fact that 9/11 happened. We started giving up our privacy all for National Security and Homeland Security and look at us now…Everything has the word “smart” in front of it. It connects to the internet to allow Government agencies to monitor you. The Government wants total control… they want to know every movement, every word you speak, and give them time they will try to intercept your thoughts. What better way to kick start taking the right to freedom of speech? Have a bar that is in a very populated part of America stop citizens from saying something in their bar. Let make sure it is one that is going out of business so that there is not enough time for them to see what is coming, but just enough so that they are familiar with it. Once the idea was put out there, now it is time to test it. After this bar closes there will be a phase 2. Yes they are that confident that Americans will allow this to happen, after all we have Facebook, YouTube, video games, cell phones, laptops, computers, internet and do not forget TV programming to distract us. Nope, cannot ever forget TV programming, the reason is in the name, “programming”. That is one of the main ways that Americans get programmed. So tell us, do we let a place like this: 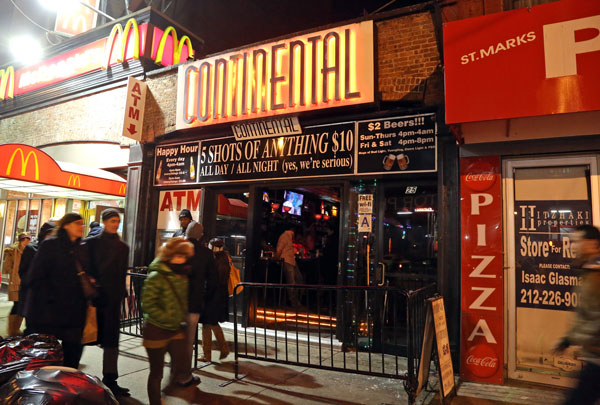 that is known for selling 5 shots of anything for $10, start the end of free speech? How do we stop them? Is it our place to stop them? We would love to hear your thoughts, comments and/or concerns below. As always, Thank You for reading this article and if you would like to see more of our work visit our steemit page @truthbeyondlies