Is USDT (Tether) nothing more than the NEXT BIG SCAM? A major problem with USDT can easily be found in the terms of service (TOS). The TOS state “Once you have Tethers, you can trade them, keep them, or use them to pay persons that will accept your Tethers. However, Tethers are not money and are not monetary instruments. They are also not stored value or currency. There is no contractual right or other right or legal claim against us to redeem or exchange your Tethers for money. We do not guarantee any right of redemption or exchange of Tethers by us for money. There is no guarantee against losses when you buy, trade, sell, or redeem Tethers.” What that statement is basically saying is that the company does not recognize its own coin as a currency and there is no guarantee that you can get your money back once you buy a Tether coin. (sounds great.. dealer… I’m all in! Wait what?)

Another problem is that Tether assured it’s userbase that they undergo regular audits in order to make certain that they have sufficient reserves of US dollars to fully back their coin. However they where not showing audit reports to their users. (What gives?) When people on Reddit would question if the company was really going through with an audit, a Bitfinex’s employees (this is Tethers sister company) would reply as their customer service and try to taunt people by asking if they wanted to “make a wager” (Yeah, 2.6billion.. lol) which is very poor customer service on their behalf. The company then put out the following statement: out saying “We are aware of online discussions about Tether’s lack of publicly-available audits. Periodic audits of our bank balances have been performed by the Taiwan-based auditing firm TOPSUN CPAs & Co. The results of those audits were for the benefit of shareholders and were not in a form suitable for public consumption (to begin with, they were in Mandarin). Nonetheless, we have asked them to prepare the following attestations (PDFs linked) in English, for release to the community, covering December 31, 2016; January 31,2017; February 28, 2017; and, March 31, 2017. As we are no longer banking in Taiwan, and given that we are achieving substantial scale, we have engaged Friedman, LLP, in New York, to perform comprehensive balance sheet audits on a quarterly basis going back to Dec 31, 2016. We will share those results with you as they become available in the coming weeks or months.” 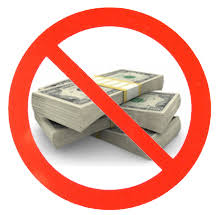 Friedman LLP did release a report (not a full audit) in September 2017. The report stated that Tether DID infact have the exact amount of USD to match the coins at a 1:1 rate HOWEVER, the report contained numerous caveats. Last month (January 2018) Tether confirmed online rumors that the company was no longer working with Friedman LLP. After that announcement news reports were posted online stating that The U.S. Commodity Futures Trading Commission(CFTC) sent subpoenas on Dec. 6 to virtual-currency venue Bitfinex and Tether. and have an ongoing investigation into both companies. As of 2/3/2018 there has been no information released saying that the companies have complied with the CFTC’s investigation.

Do you think Tether has the correct amount of USD to back their coin in reserve? Do you think Tether is possibly just a big scam? Should the CFTC even be allowed to investigate Tether or is this the beginning of Crypto being regulated? We would love to hear your thoughts, comments and/or concerns about this below. As always, Thank You for reading this article and if you would like to see more of our work visit our steemit page @truthbeyondlies