When you hear “cloaking device” some might think of a sci-fi program that you have seen or an article that was published throughout the years saying that scientists are “close” to being able to cloak but we still have yet to see this in action. The Acoustical Society of America held their 175th meeting during May 7 -11 in Minneapolis, Minnesota. During this meeting research associate Amanda D Hanford at Pennsylvania State University described how she is taking introductory steps to take this technology from the dramatic realm of science fiction and make it a reality. We have heard this before, but this time she actually has results! 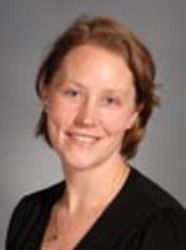 The team (lead by Amanda) set out to create a metamaterial that could scatter sound waves underwater. Metamaterial is a synthetic composite material with a structure such that it exhibits properties not usually found in natural materials, especially-so in the case of having a negative refractive index. Prior to this research, most acoustic metamaterial was designed to deflect sound waves in the air… not in water. Acoustic cloaking underwater is more complex because water is denser and less compressible than air. After multiple attempts to create an underwater acoustic cloak, the team was able to develop a 3-foot tall pyramid that uses perforated steel plates. In their studies they found that when placed on the bottom of an underwater research tank with a hydrophone that emits acoustic waves between 7,000 and 12,000 Hz along with several receivers to monitor the acoustic waves, the wave reflected by the pyramid device matched the wave reflected from the surface. The result was that the material could make an object appear invisible to underwater sonar. Sonar works by sending vibrations through the water, which bounce off a target and back into a detector. So big progress has been made! 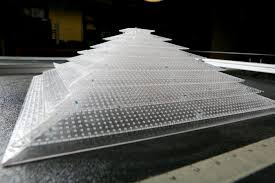 We really would like to hear your thoughts, comments and/or concerns about this matter below. As always thank you for taking your time to read our article. If you would like to view more of our work please visit our steemit page @truthbeyondlies