Newborn Screening or as some may call it.. ” Genetic Testing” began as state-level pilot programs in the 1960’s with testing for PKU, a rare genetic condition that is easily treatable if caught early enough. Rapid adoption of newborn screening among all states in the United States led to Federal-level funding in addition to expanding the number of conditions and diseases tested for. Since the testing is mandated by the government, it’s often done without the parents’ consent and all 50 states currently collect as well as test blood samples from newborns. Over the years, many new tests/studies have been added to the list as well. Now, states mandate that newborns be screened for anywhere between 28 and 54 different conditions. Many parents may not be aware that right after their newborn is born, within 48 hours the baby’s heel is pricked at the hospital, the 6 collected blood samples are sent to the state lab for newborn genetic screening and this could result in the samples being stored for as little as 2 months to an indefinite amount of time, depending on the state that the birth took place. Most parents are not even aware that these samples are being taken even though they pay for the testing, much less the fact that their child’s DNA could be stored indefinitely. There is one thing that became clear while researching this, all states show a lack of concern with supplying information like this to the parents! Most do not realize that they have “consented” to the storage of DNA collected and fail to understand the actual state government and not the hospital is to receive said samples. 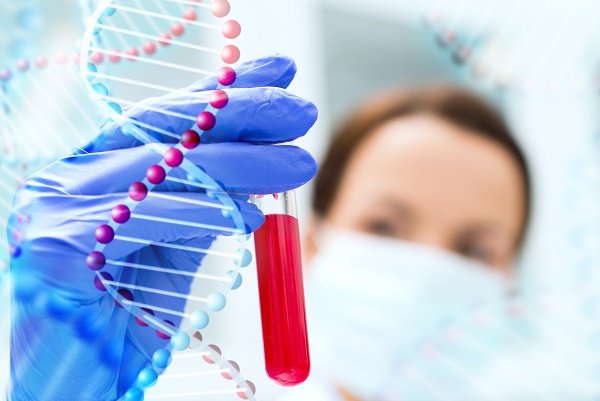 To make it worse some specimens are also given to outside researchers, and the information sent with the samples just might include the baby’s names. According to one study done by the state of Minnesota, over 20 scientific papers have been published in the US alone since 2000 using these samples and the researchers do not have to have parental consent to obtain these samples. In California has samples dating as far back as 1982 and parents are supposed to get a full 14 page pamphlet twice, once before their due date and again in the hospital before the heel prick test. California is one of seven states that release samples for research without parental consent and one of four that charge a fee for their release. The state Department of Public Health collected $71,000 in processing fees and approved six research requests in the current fiscal year. San Francisco’s KPIX 5 conducted a poll of parents with kids born in the last 5 years. The majority knew about the testing but three-quarters stated that they did not know the blood samples where stored and two-thirds were not sure that they were supposed to get any of the screening information. 6 of the moms were asked to bring in all the paperwork that they received from the hospital. Only 1 out of the 6 had the actual pamphlet and she admitted to not having a chance to look at it. 1 of the moms had a tri-fold hand-out that informed of the testing but had no information about storage or opt-out options but did include a web link for more information. That means that all 6 did not get to see this information that was taken directly from the pamphlet on page : 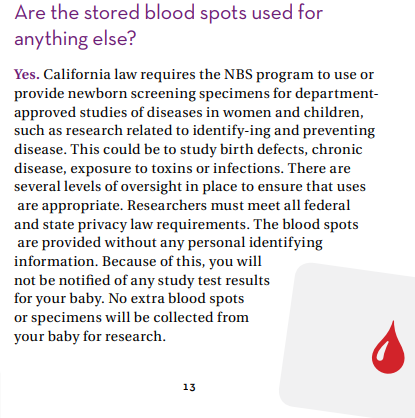 Each state has their own statute/rule for genetic testing, you can view yours by looking here. To find out how long your state hold’s newborn samples look here. The list is from 2002 to 2016. So, if you are 36 years old or younger your DNA could be stored somewhere, could have been used as a part of research. How do you feel about this? We really would like to hear your thoughts, comments and/or concerns about this matter below. As always thank you for taking your time to read our article. If you like to view more of our work, please visit our steemit page @truthbeyondlies